Progress on CRL construction in the city centre: June 2021 update

Want to know how CRL construction is progressing behind the hoardings? It's a complex project with multiple worksites and workstreams, so we've rounded up some of the key activity for the coming months in the city centre, from tunnelling to road reinstatement to excavation and construction for Aotea Station. Completion for CRL is planned for Q4 2024.

Ahead of the intersection closure switch in late June, the final work to be completed includes the completion of roof slabs – you can see one of these freshly poured below – and the reinstatement of the road surface on top. 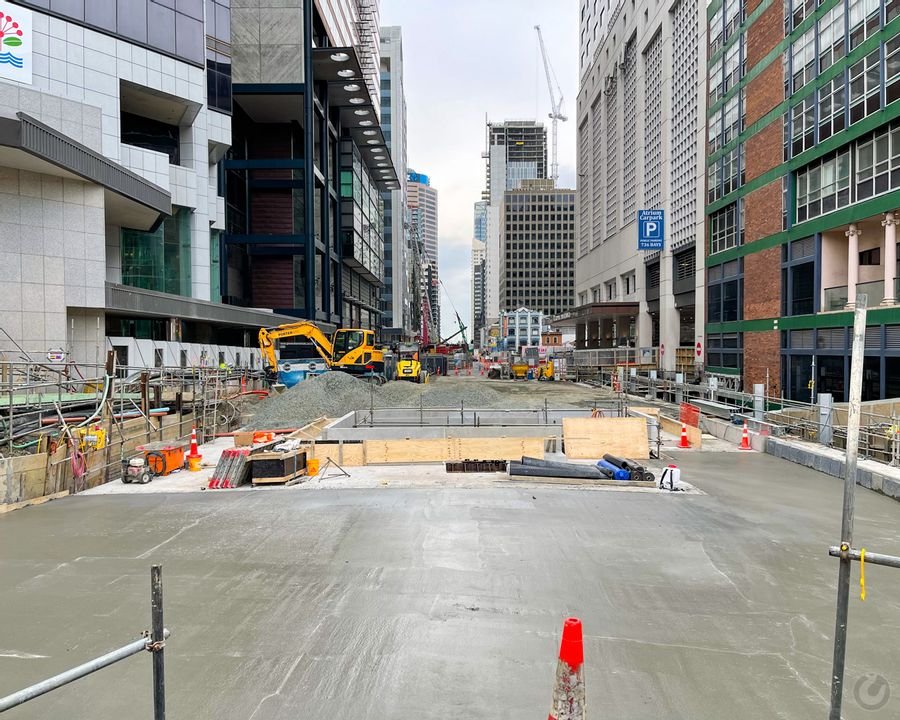 A fresh roof slab pour for CRL's Aotea Station at the corner of Wellesley and Albert Streets. Image: AKL Construct

Once the Victoria Street intersection is closed, the road surface will be lifted so that the utilities – electrical cables, telecommunications connections, water pipes – can be relocated out of the path of construction. We’ll also start to see the main entrance of Aotea Station start to rise on Wellesley Street, with the foundations nearing completion and above-ground work beginning in Q3 of 2021.

Dame Whina Cooper Tunnel Boring Machine (TBM) has just begun its first journey from Mt Eden station to Aotea Station. The TBM is expected to break through into Mayoral Drive in November, after which it will be trucked back to Mt Eden before starting excavation on the second tunnel. You can see real-time progress on tunneling here.

With early enabling works in the Britomart and Lower Albert Street areas being delivered as separate projects by separate suppliers, work will take place towards the end of 2021 to connect the Lower Albert Street tunnels to Britomart ahead of installation begins on the various mechanical, electrical, fire and hydraulic systems needed in the tunnels.