We are very pleased to announce that Late Night Christmas is returning on Thursday 19 December 2019.  We will keep you posted with more info as we finalise what this year's event will look like.

The decision to bring back the event comes off the back of receiving the official results for the inaugural Late Night Christmas which saw spending up for the whole of the Heart of the City, between 5 – 9pm, by 6.4%. See more highlights below. 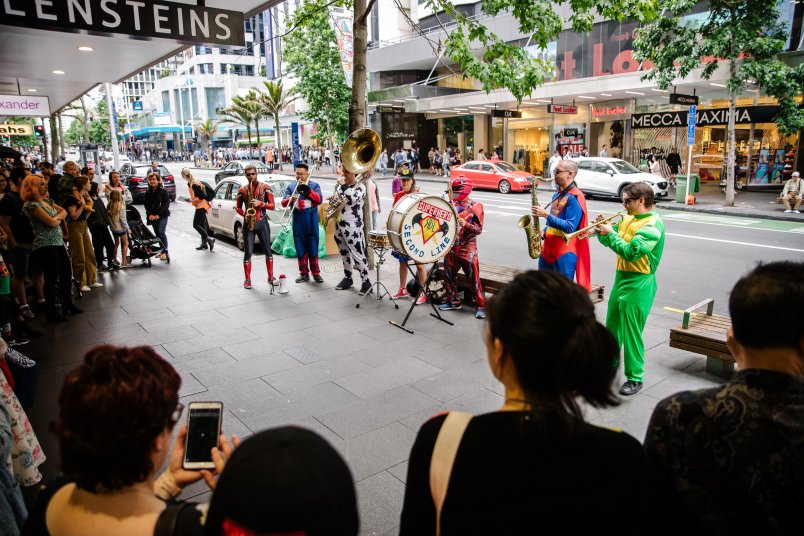 On Thursday 20 December 2018 more than 100 stores along Queen Street and High Street opened their doors later (many until 9pm) to last minute Christmas shoppers. To build atmosphere and excitement during the event, we arranged more than 70 on-street performances in the area.

Here are some of the top line results from Late Night Christmas 2018:

Inaugural events like this are always a bit of a ‘test and learn’ as we find out what works well and what could be done differently.

By working together we can all help grow the night time economy in the city centre – which is already valued at about $450m a year and which has significant potential to grow further.