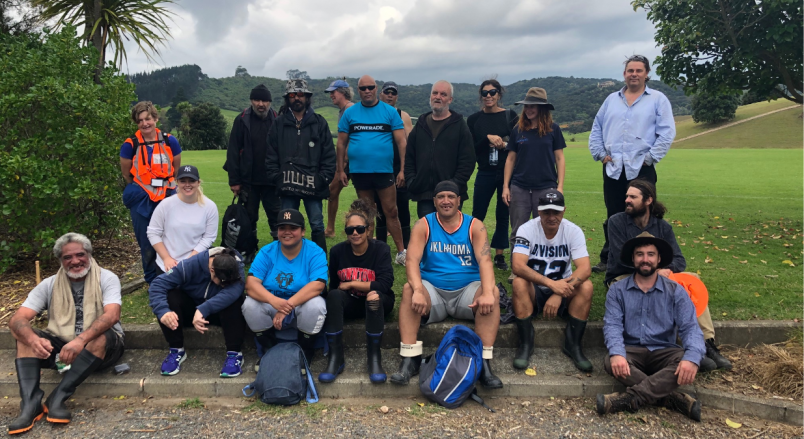 The Street Guardians team helped Waiheke Resources Trust plant 100 trees on Waiheke Island in May 2019. Image: Heart of the City

We’re excited to let you know that after a successful pilot that ran until June this year, our Street Guardians programme is carrying on for another year.

Since the launch of the pilot in October 2018, nearly 150 people have spent the day doing meaningful activities instead of begging in the city centre. Beaches have been cleaned up, planter boxes have been built, bikes have been fixed and trees have been planted.

After early support from Colliers International, Scarecrow, SkyCity and Precinct Properties, the Ministry of Social Development has recently come on board as a funding partner which has meant that, in partnership with the Auckland City Mission, we can continue to provide a weekly alternative to begging for people in the city centre.

It has been fantastic to see the strong uptake of the programme throughout the pilot, with most weeks oversubscribed.

What's more, two participants have recently found full time work - now working on the construction site of Auckland City Mission's Homeground development. We've also heard that another regular participant has been offered work with one of the community organisations involved with Street Guardians.

Less tangible a result but equally as uplifting has been the personal impact this programme has had on people's lives - something we have seen reflected in the regular feedback we receive from participants and community organisations involved with Street Guardians.

“One of the guys said he sees these days as an opportunity to get ‘his mind and body ready’ for work. He reckons that after so long of having no routines or proper activity, training himself up is an important step." -  A community organisation involved with Street Guardians

Find out more about Street Guardians.