The St Patrick's Day Parade is returning to Queen Street 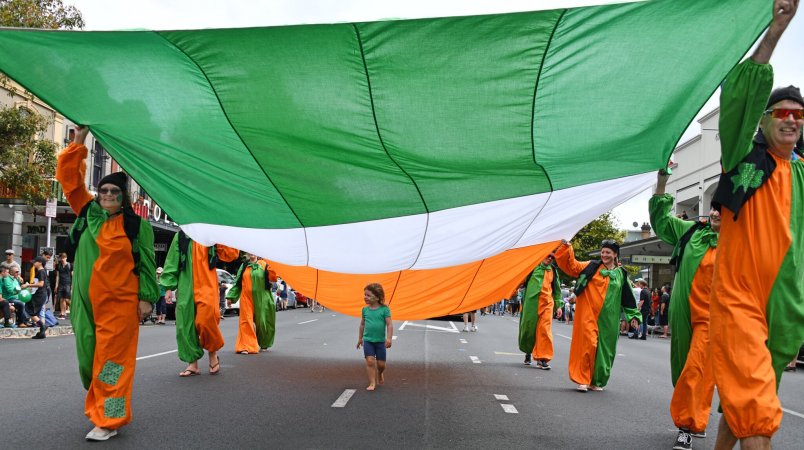 Kicking off at 11.45am on Fort Street (with floats and participants gathering from 8am), the parade will then turn onto Customs Street East and proceed along Queen Street before concluding on Wakefield Street from 12.45pm.

It will be followed by an Irish Music and Dance Festival near Aotea Square, with the aim of keeping the festivities going all day.

The following parking restrictions and road closures will be in place:

There will be authorised parking on Airedale Street from 9am - 5pm.

For more information about road closures, traffic management and event handling, see this letter from the event organisers which has been sent to all businesses in the area.

The history of St Patrick's Festival in the city centre

The festival was started by a group of passionate Irishmen in 1995 in order to celebrate St Patrick’s Day and New Zealand’s rich Irish connections.

It began with a parade along Queen Street, and has evolved over the past two decades, now encompassing a broad range of cultural, sport and entertainment events.

While other cities around the world have since started holding their own parades, the Auckland St Patrick's Parade is currently the only one in the Southern Hemisphere.